Life Unfolding: How the Human Body Creates Itself by Jamie A. Davies

How a single cell develops into a full human, and a lot of the molecular biology along the way. I thoroughly enjoyed this read - every chapter had highly interesting points about the particular pathways involved and how the cells end up “choosing” to do all the things they do; move where they need to move, align along directions, and proliferate/die. I spent a lot of time pausing my reading, looking up branches of other information and going down other rabbit holes. I read this as a library loan, but I enjoyed it so much I’ve bought my own permanent copy.

What surprised me the most (having taken a non-traditional route into biology via physics and programming) - but probably shouldn’t have - was how the entire system efficiently re-use mechanisms and pathways for both very early development and for ongoing functionality. I recognised several genes from my cancer immunology work, but I always regarded these as ‘just part of the genetic makeup of a person’, not paying attention to how they were critical to actually creating the fully grown person, and are now being repurposed. It’s perhaps obvious in hindsight, but there aren’t a set of genes for pre-natal growth and another set for adult life. It makes the fact that sometimes these mechanisms fail to work perfectly all the more understandable.

Highly recommend to anyone interested in the very technical details, but a well-presented resource for those generally interested. 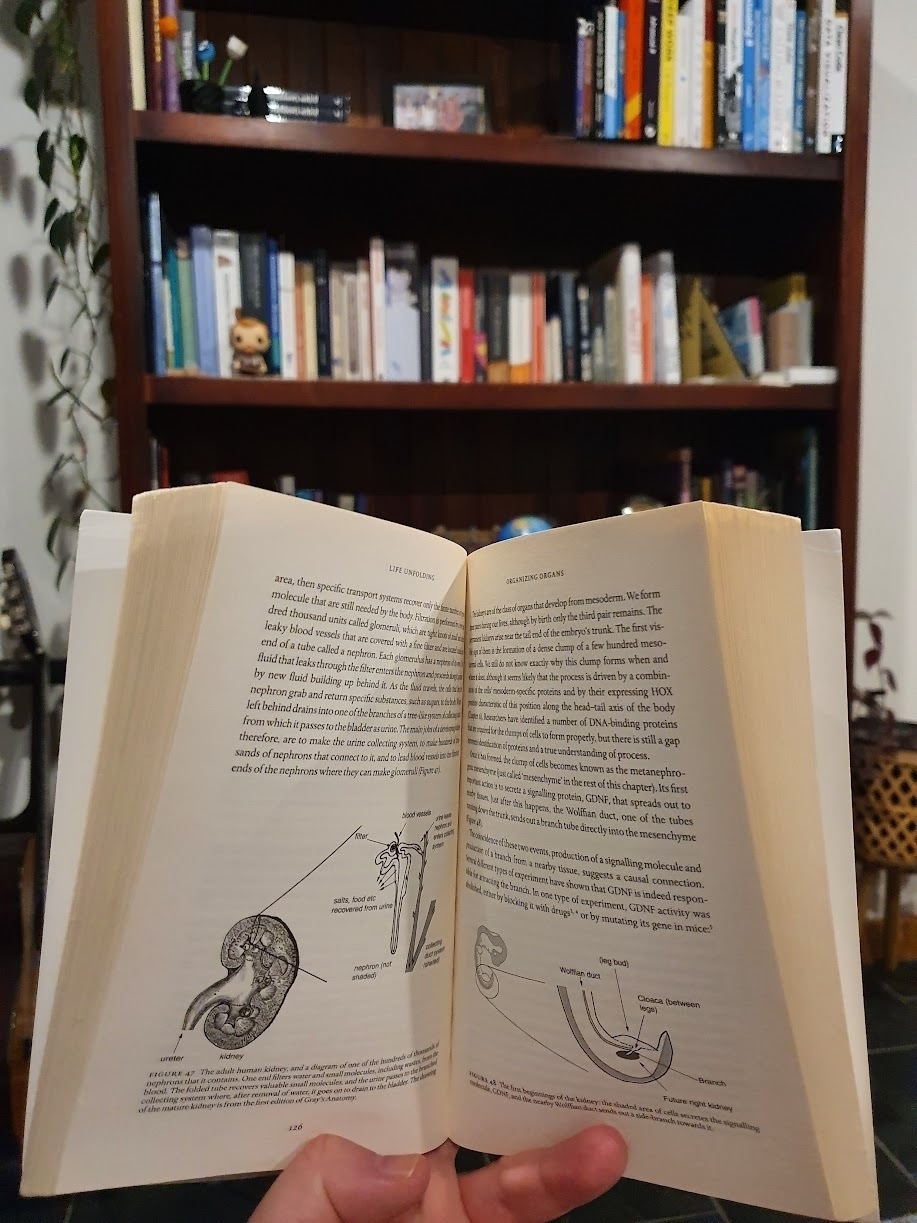